This character is not to be confused with the Forgotten Worlds boss.

He was built by Dr. Light and Dr. Wily to perform human-like things under extreme climate conditions. This can be done due to the fact that he is impervious to chilling sub-zero temperatures. Contrary to popular belief, he is perfectly capable of functioning in hot environments, though he is less powerful there.

He is a playable character in Mega Man Powered Up. In that same game, he has a split personality; referring to himself as a soldier (in the first person) and as a commander (in the third person).

"Ice Man was originally created to scout the continent of Antarctica, but having finished his mission there, Ice Man returned and is now working in a large cold storage warehouse. In order to function in harsh environments and extremely cold temperatures, Ice Man's internal circuits are made up of the smallests components available. These small components allow Ice Man to function with the least amount of energy possible, and they are also the reason for his physical form being smaller than usual. The only disadvantage of using these smaller components is their hyperconductivity, and a strong electrical surge like Elec Man's Thunder Beam will easily incapacitate him. Despite his small stature, Ice Man is quite effective in combat." 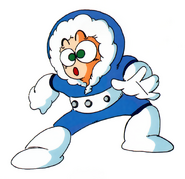 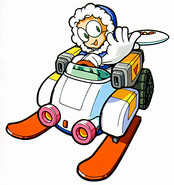 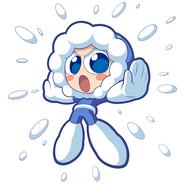 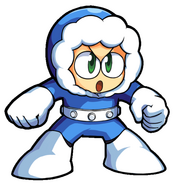