Guildenstern (ギルデンスタン) is a character from the Onimusha series of action-adventure games. He serves as one of the antagonists for Samanosuke and later Jacques.

Guildenstern is a scientist from the demon world who is primarily responsible for resurrecting Nobunaga at the command of the Genma Lord Fortinbras. He considers humans as frail yet fascinating test subjects for his experiments. In the first game, he mostly taunted Samanosuke and sent various minions to dispose of him. He turned into a boss about mid-way through the third title.

In Onimusha 3: Demon Siege, by finding and exploiting ancient temples and bases of the Oni clan, Guildenstern discovers their secret ability to fold the fabric of time. Immediately, he begins construction on the Time Folder, a device intended to allow the Genma to travel to the future, where the Oni cannot interfere with their plans to overtake mankind.

Samanosuke faces Guildenstern one last time in Boulogne Zoo's research center, where the sorcerer reduces himself in half to allow himself to fly, while raising two Neroforobas to defend him. Both magic-infused suits of armor can be rendered inanimate by the player, but Guildenstern, if given the chance, will reanimate them again and again until the battle is over. Finally, after enough damage from Samanosuke, one of his greatest enemies falls. 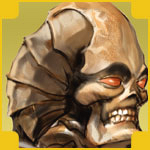 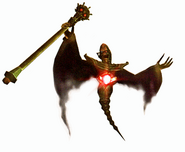