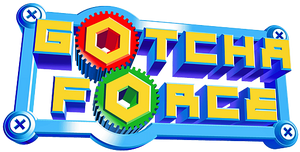 Gotcha Force (ガチャフォース, Gacha Fōsu?) is a fighting/third-person shooter video game developed and published by Capcom for the GameCube in 2003. The game consists primarily of collecting gacha toys and battling with them.

Upon its initial release the game received mediocre reviews from critics and very little advertising. Due to these circumstances, it was not commercially successful, although it has gained a cult following with numerous high fan reviews.[1][2] Capcom themselves seem to consider the game as one of their favorites, as the official Japanese website is stocked with concept art, videos, and screenshots of the developers messing around. There is also a toy and manga line in Japan though it is extremely rare.[3][4]

In March 2012, Capcom reprinted copies for the GameCube in Japan 9 years after its original release, which stirred talk of a possible future sequel to come.[5][6]

Artwork and illustrations were done by Ryuji Higurashi.

The game focuses primarily on its combat system, which goes as follows: Before each match, GF Commanders must pick Gotcha Borgs to put on a force.[7] Each Gotcha Borg, depending upon its powers and abilities, costs a specific amount of "GF Energy" in order to place on a force—in Story Mode, GF Energy increases with each match. In multiplayer, GF Energy is determined by players beforehand.

Once Forces are determined, the battle begins. Borgs are placed in an arena, and both Borgs are constantly locked onto each other. If there is more than one enemy, Borgs can switch their lock between enemies, or have the option to lock onto allies (for healing or support). The player must quickly dodge, move, use borg abilities, and use the arena to their advantage in order to evade or block incoming attacks. Borgs often have five attack capabilities that normally consist of close range contextual attacks and three long range attacks, though some Borgs differ.

Once a borg is defeated, that does not mean the match is over. Forces are determined by multiple Gotcha Borgs, and once one is defeated, the next Gotcha Borg in the Force will arrive in the arena, picking up where his or her fallen ally left off. Battles continue until a Force simply has no more Gotcha Borgs. There are many different types, or tribes, of Gotcha Borgs. Some types of Gotcha borgs have the ability to make a partner bigger or make an enemy smaller, some borgs can even change the look and abilities of an opponent — there are many different strategies to use with a single force, counters to these strategies, and counters to these counters. There are over 200 Gotcha Borgs overall.

Players may also obtain borgs of alternate colours, or even special colours such as silver, gold, shadow, or crystal, each with various effects on the borg's life points though some borgs are significantly harder to obtain than others.

The Earth is being attacked by a small army of Gotcha Borgs called the Death Force. Luckily, a child named Kou finds a borg called G Red and forms the Gotcha Force. Allied by his friends, Kakeru and Mana, (plus many more) Kou counter-attacks and aims to get rid of the menace, known as the Death Force's leader, the Galactic Emperor.

There was a toy and manga line in Japan but like the game, all merchandise is exceedingly rare now.

Gotcha Force met with mixed critical reception upon release. Reviewers generally praised the game's concept and gameplay, but found the game to lack depth in the long run. Mary Jane Irwin from IGN stated: "What really hurts it is that the game never progresses beyond the simple battles. I never felt challenged -- and after playing through the story mode for an hour, I felt like I had seen all there was to see."[8] Irwin, along with other reviewers, also noted the game to be more appealing to children. The reviewer from GameSpot believed the game "crutches itself far too heavily on brainless, clunky, spastic action that doesn't so much entertain as it bewilders."[9] 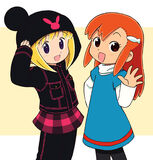 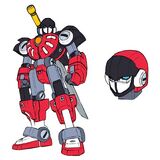 Usagi, as she appeared in Onimusha Soul.
Add a photo to this gallery

Retrieved from "https://capcom.fandom.com/wiki/Gotcha_Force?oldid=141499"
Community content is available under CC-BY-SA unless otherwise noted.