Gargoyle's Quest II, known as Red Arremer II (レッドアリーマーII) in Japan, is a adventure platform game and spin-off installment in Capcom's Ghosts 'n Goblins franchise. The game is a sequel (and story-wise, a prequel) to Gargoyle's Quest for the Game Boy and the second game in the Gargoyle's Quest sub-series. It was released for the NES in October 1992. Like the previous game, Gargoyle's Quest II features a similar gameplay style, which combines RPG elements with side-scrolling action. A Game Boy port, entitled Makaimura Gaiden: The Demon Darkness, was released in Japan 1993.

The gameplay is almost identical to the previous Gargoyle's Quest game. Traversing the Ghoul Realm is done via an overhead map view while action areas, such as dungeons and bridges, are side-scrolling. A few minor differences between this game and the original Gargoyle's Quest are the lack of random encounters and the addition of the Magic Tornado. Firebrand also moves much faster on the overhead map than he did in the first game. Though the game was released in 1992, it still utilized a lengthy password system.

In Japan in 1993, barely a year after its original release, a Game Boy port was released entitled Makaimura Gaiden: The Demon Darkness (魔界村外伝 THE DEMON DARKNESS). It featured some additional content, which includes two new action stages (a cave in the northern part of Sittem Desert and another cave in the desert where Dagon dwells). Completing the these levels will unlock abilities unique to this port of the game: a homing upgrade for Firebrand's basic attack as well as an astral projection technique that can be used to briefly scout out the area around Firebrand.

It is said that long ago, in Makai, before human beings even appeared, Firebrand lived in the town of Etruria, training himself to become a true warrior. On the day of his ultimate test, the town is swept away by the "Black Light" and all of its inhabitants, including King Morock, die. Firebrand finds out this destruction is being perpretated by the foreign invader army of King Breager, ruler of destruction. Firebrand manages to destroy King Breager after overcoming several tests and becoming the legendary "Red Blaze", that swept away the Black Light threatening the Ghoul Realm by enveloping the world in flames.

Firebrand earns the gratitude from the ruler of the Ghoul Realm, and is offered the Human Realm to rule over (it is just said it is a beautiful land, "under construction"). It is said the legend of Red Blaze is passed to generation after generation, and no closure on Firebrand's offer to become king of the Human Realm is given. 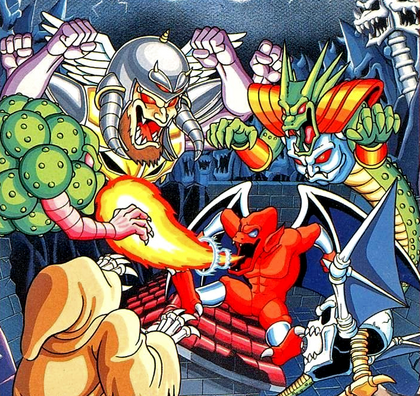 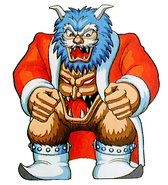 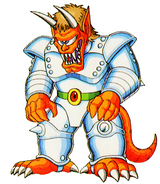 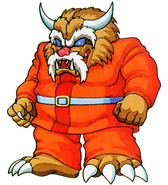 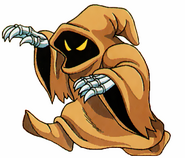 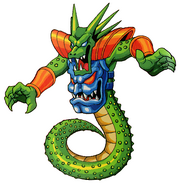 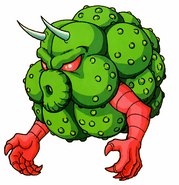 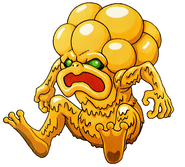 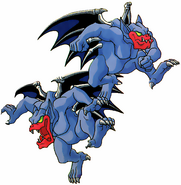 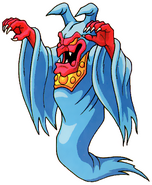 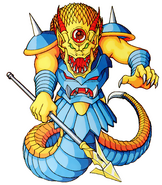 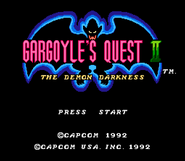 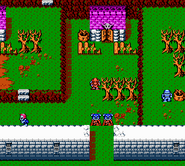 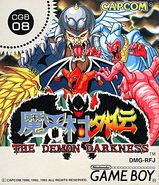 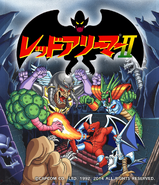 Promo for the 3DS