Gargoyle's Quest (レッドアリーマー 魔界村外伝, Gargoyle's Quest? lit. Makaimura Gaiden: Red Arremer in Japan) is a platform/side scrolling adventure game with mild RPG elements. It was released on May 2, 1990 in Japan and then in America and Canada in July. The game, which is a spin-off installment in Capcom's Ghosts 'n Goblins franchise, follows the adventures of Firebrand, who is apart of the Red Arremer species. Gargoyle's Quest was followed by an NES prequel Gargoyle's Quest II in 1992, and a SNES sequel Demon's Crest in 1994.

The game consists of two types of areas: an overhead view where Firebrand traverses the Ghoul Realm, either on the world map or in towns, and individual, side-scrolling, battle levels which feature a boss at the end. In between actual levels, as Firebrand traverses the overhead map of the Ghoul Realm, he is susceptible to random encounters like a typical console RPG. He must defeat the enemies in order to return to the overhead-view map. There are also ghouls that can be encountered that spark a small battle level which the player must defeat in order to get past them.

Firebrand can walk, jump (varying heights depending on items obtained), cling to walls, hover for a period of time (this period is determined by the items the player has obtained), and fire projectiles--the only method of offense in the game. The player starts with one type of projectile; it does not travel very far, and has limited power. Eventually, the player will gain new projectiles, discussed below. Firebrand has a small number of hit points, starting at two and increasing throughout the game based on items or blessings obtained; various enemies and objects drain different amounts of hit points.

As the player progresses, various items are gained which have differing effects. Some items are passive; they increase Firebrand's abilities outright. For example, the Fingernail of the Spectre increases his jumping ability for the remainder of the game, and there are several items that increase the length of time which Firebrand can fly, the final of which allows for him to fly infinitely. There are also items which can be used as needed, such as items to restore health. Additionally, several types of projectiles are obtained throughout the game. All can be offensive tools to defeat enemies, but each has different traits or specialized uses. The Blockbuster, for example, which is the first projectile obtained after Firebrand's starting projectile, is twice as powerful, travels further, and can break special blocks the player may need to pass. Another projectile temporarily creates objects which Firebrand can jump from to reach necessary locations. Projectiles can be selected one-at-a-time from the select menu, as can items such as healing vials. Once located, the Essence of the Soulstream can be used from the menu to fully recover Firebrand's life, but it can only be used once per life or level. It automatically refills after a level, or if a life is lost.

Though no in-game credits exist for this game, Harumi Fujita's official worklist states that she is its composer. Yuki Iwai, who composed the prequel as one of her first jobs at Capcom, is often miscredited for having done this title as well.

Yoko Shimomura also lists this title in her worklist as one she provided support on. The extent of her contributions has yet to be determined. 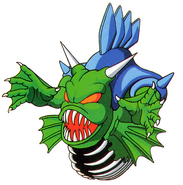 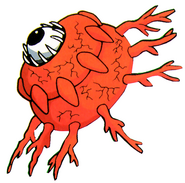 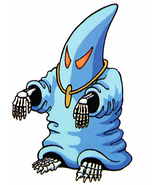 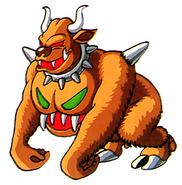 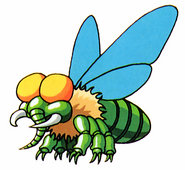 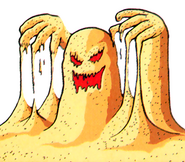 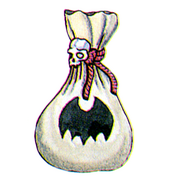 Essence of the Soulstream 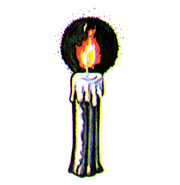 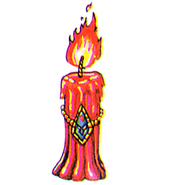 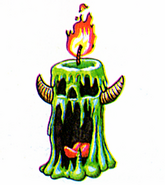 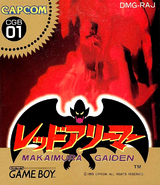 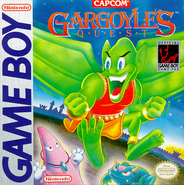 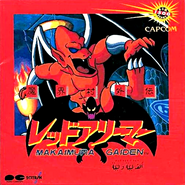