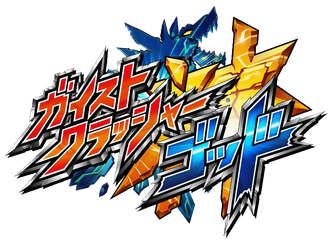 Gaist Crusher God is an action video game developed by Treasure and published by Capcom. It is the sequel to Gaist Crusher and the second installment in the series. The game was released for the Nintendo 3DS in September 2014, exclusively in Japan. It features a new story, new enemies and characters.

Downloadable content for the sequel features bonus Gaists based on the Gore Magala from Monster Hunter 4 and Yukimura Sanada from Sengoku BASARA.

A few months after their victory against Erasers, Rekka Shirogane and the other Gaist Crushers are faced with a new threat from the ultimate Gaist, called "God Gaist" (ゴッドガイスト Goddo Gaisuto), led by the powerful God Hinokagutsuchi, who plans to cleanse Earth of its "impurity", which was blamed on the human race. Once again, this leaves the task to Rekka and his allies to defeat them, with the help of a sentient Gaist named Maikuma (マイクマ Maikuma), as well as going up against Cypher (the only member of the Erasers that survived), who plans to use the "ultimate Gaimetal" for his nefarious use.[1] 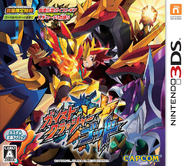 Retrieved from "https://capcom.fandom.com/wiki/Gaist_Crusher_God?oldid=137472"
Community content is available under CC-BY-SA unless otherwise noted.