Fortinbras, also known as The King of the Demons, is a character from the Onimusha series of action-adventure games.

Fortinbras is the Genma Lord, also known the God of Light or the White Serpent. He is portrayed as a gargantuan serpent-like demon lord, with a pair of large wings intact on his back and a third eye on top of his head. He attempted to rule the world with the aid of Nobunaga, only to be slain by Samanosuke in Onimusha: Warlords.

In Onimusha: Dawn of Dreams, spiritually projecting his human form while overseeing Sōki's journey, Fortinbras is revived by the Genma Triumvirate after being summoned and drawn to the planet in the 'Omen Star' where his soul was imprisoned by the Oni. Though Sōki and his allies attempted to avert his return, first believing the deity was going to use Hideyoshi as a vessel before it was revealed to be the embryonic Genma Seed that was placed in the regent's body, Fortinbras's resurrection is completed by Munenori. Despite being defeated by Sōki in his Ultimate Onimusha form, Fortinbras emerges in his human-like form. Displaying his full godly powers, Fortinbras offers to spare Sōki's group if they only bow before him. Sōki, however, refuses and manages to destroy him. 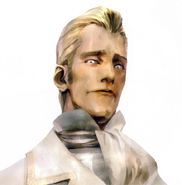 Onimusha: Dawn of Dreams
Add a photo to this gallery
Retrieved from "https://capcom.fandom.com/wiki/Fortinbras?oldid=130851"
Community content is available under CC-BY-SA unless otherwise noted.