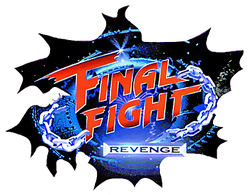 Final Fight Revenge is an 1999 arcade game and the fifth release in the Final Fight series. Its tagline is "Violent Storm Rising". A Sega Saturn port was released only in Japan on March 30, 2000, where it was the second-to-last game officially released for the platform. The game was developed by the same American team that later produced Maximo: Ghosts to Glory and Final Fight: Streetwise.[1]

Final Fight Revenge, despite its high collectibility factor (and hefty price tag), remains the least favorite entry in the series. Complaints ranged from "blocky" graphics, and players feeling like they were fighting each other in zero gravity.

Final Fight Revenge features a control configuration of an eight directional joystick and five action buttons: four attack buttons (two punch buttons and two kick buttons) and a fifth "special" button. The special button serves two functions in the game; the first function allows players to side-step into the foreground or background by holding special and pressing up or down.

The special button is also used to pick up weapons or health-recovering items lying on the ground. When the player is near a retrievable item or weapon, a green arrow will appear over the item to alert the player of its presence. There are two types of weapons in this game: melee weapons such as knives and lead pipes; or firearms such as flamethrowers and machine guns. The player can pick and store up to three weapons in their inventory at once and switch between them. The player can also throw a currently equipped weapon to their opponent.

As with most Capcom fighting games, each character has their own set of grappling moves and command-based Special Moves, as Super Moves that can only be performed by filling the Super Move gauge. The player can stock up to three full Super Move gauges. When a player finishes off an opponent with certain Super Moves a special finishing sequence will be shown to the player.

The plot of Final Fight Revenge takes place between the original Final Fight and Street Fighter Alpha 3. The Mad Gear Gang, wishing to reestablish themselves as a force of menace in Metro City, is looking to rebuild itself. 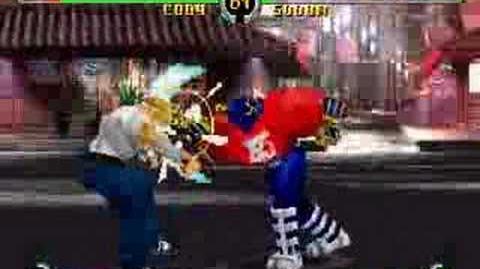 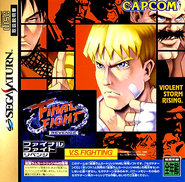