Exed Exes (originally released in NA as "Savage Bees") is an arcade game that was released in 1985. It is a vertically-oriented scrolling shooter, and is included in Capcom Classics Collection for PlayStation 2 and Xbox.

Exed Exes uses similar hardware to Capcom's 1942, but it is more of a spiritual successor to Vulgus. It takes place in a science fiction alien hive where the player must pilot his/her ship through many stages protected by insects, some as large as the craft, and some even larger.

What made Exed Exes stand apart from other shooters, besides the high resolution graphics for its time and the detailed use of parallax scrolling to indicate depth, was the fact that it is one of the earliest vertical shooters to allow for two player simultaneous play. Rather than waiting for one player to take his/her turn, two players can enjoy the game at the same time, and even work cooperatively to get further along in the game.

The planet called NEG-NIN is being taken over by insect-type creatures called Exes, and it's up to Colonel Issue and Sergeant Issue to drive back their forces and free the planet from imminent doom. 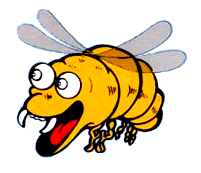 At the end of every level, as in so many other games, is a boss that the player must destroy in order to proceed to the next level. Each one comes with skulls, guns, black guns and radars, all of which must be shot by the player before the boss will succumb. However, if a radar is left at the end, it gives the enemy a chance to escape. If the boss escapes, the player receives no bonus added to the score.

Exed Exes, like many other games during this era of gaming, credited its staff in its default Score Ranking Table, which is as follows: