Ekei Ankokuji is a character from the Onimusha series of action-adventure games. He is a master spearfighter in the Hōzōin-ryū style. He debuted in Onimusha 2: Samurai's Destiny.

Ekei Ankokuji is a monk who loves money, liquor and the company of beautiful women. Before entering monkhood, he was a warlord who lost everything including his beloved family because of his ambition. He appears sensitive to little children, as he had a baby daughter who died in a fire during the collapse of his clan. He extremely distrusts and dislikes Magoichi. If certain conditions are met, Ekei becomes playable at one point in the game. He can then access places and obtain items that are exclusive to his character.

To obtain Ekei's scenario in Onimusha 2, the player must be highly allied with him upon entering the Gifu Star Tower. After Jubei finds himself unwittingly locked in a room, Ekei shows up and mocks Jubei for getting trapped, but promises to get him out. At this point, the player will assume the role of Ekei, initially equipped with the Houtengeki spear, if given to him. With the Yellow Bracelet, Ekei is able to obtain souls from defeated enemies in much the same way as Jubei's gauntlet. When Ekei's scenario ends, he hands over all items found (excluding items meant only for personal use), including the bracelet containing the souls collected during the mini-quest. The personal items found during Ekei's quest are the Nioh Protector, shoulder protectors made of iron and leather, and the Halberd, the strongest weapon in the game for him. After obtaining the all-important Snake Key, Ekei returns to where Jubei is locked in and releases him. 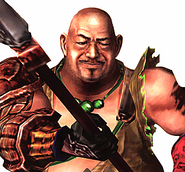 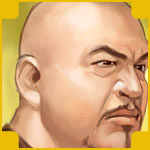