Dino Crisis 3 is a survival horror video game released exclusively for the Xbox in 2003. It is the fourth and final game in the Dino Crisis series. Like the previous iterations of the series, gameplay revolves around fighting dinosaurs. However unlike the first three installments, the action takes place in outer space on a space station and the enemies in the game are not real dinosaurs. Instead, they are mutations created from the DNA of some dinosaur species.

The number of weapons was reduced (1 gun with 3 ammo types), in addition to small machines to help against dinosaur encounters (3 types). The game is played mostly through the character Patrick and only a small section is played as Sonya (although an unlockable mode allows the player to play as Sonya, only faster wearing a Waitress costume).

It is the year 2548 and it has been over more than 300 years since Earth lost contact with the colony spaceship Ozymandias on its trip to a². Somehow, it mysteriously reappeared near one of the moons of Jupiter. A team called S.O.A.R. (Special Operations And Reconnaissance) onboard the investigative Probe ship 'Seyfert' are sent to investigate. A smaller shuttle lifts off from the Seyfert to investigate. Suddenly, the supership launches its turbo cannons at the Probe ship, destroying it. It then aims and fires at the shuttle. The weapon causes a large explosion, killing most of the troops and crew members aboard. Fortunately, a few of the team members of S.O.A.R., Patrick Tyler, McCoy, Sonya Hart and commander Jacob Ranshaw, were able to survive the blast and managed to board the ship. What will await them inside is just the beginning, if they can survive, rescue the other survivors and escape the bowels of the mysterious ship. 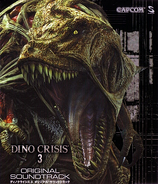