Set in modern times, in the fictional city of Vie de Marli on Dumary Island, the story centers on Dante and Lucia in their fight to stop a businessman named Arius from raising the demon Argosax and achieving supreme power. The story is told primarily through a mixture of cutscenes using the game's engine with several pre-rendered full motion videos.

Despite having been a commercial success, Devil May Cry 2 was criticized for a variety of development decisions, which made the game considerably different from its predecessor; the two most disliked among these decisions was the lowered difficulty and the series protagonist Dante's change in personality.

In 2012, the game was included in an HD compilation, alongside the original Devil May Cry and Devil May Cry 3, ported to the PlayStation 3 and later to PlayStation 4, Xbox One and PC in 2018. A Nintendo Switch port was also released on September 19, 2019.

Devil May Cry 2 is an action game where the player guides either Dante or Lucia through an urban environment, fighting groups of demons in fast-paced combat. The game itself consists of missions with specific goals in the play area of the game itself. Like the first Devil May Cry, the player's performance in each mission is ranked from D (poor/Don't Worry) to S (excellent/Showtime) based on the time taken to complete the mission, the amount of Red Orbs collected, the overall "style" displayed during fights which occurred, item usage, and damage taken. In contrast to the rest of the gameplay, the style judging system used in the game has been cited as being the most harsh in terms of how it judges the player's performance.

Combat itself is based on the "style" the player demonstrates during a fight. The rating the player gains for style is improved by hitting enemies continuously while avoiding damage. This ranges from "Don't Worry", progressing to "Come On!", "Bingo", "Are You Ready?" and peaking at "Showtime". If the character takes damage, the style rating falls to "Don't Worry".

The game's controls are simple, converting short sequences of button presses into complex on-screen actions. New to the series is an evasion button, which allows Dante or Lucia to roll, dodge enemy attacks, or run along walls. Another new feature is a weapon-change button, which allows the player to cycle through ranged weapons without switching to the inventory screen.

The game also features puzzle-solving and exploration elements. Gameplay involves the player examining their surroundings to find items and orbs. Red Orbs are used to acquire new combat powers and abilities for the characters. These Red Orbs are "the blood of demons"; enemies drop them when they are defeated. Dante and Lucia can also opt to instead purchase items, which allow them to restore their damaged health or even instantly revive should they be killed by an enemy's attack.

The game begins with Lucia and Dante separately entering a museum where an important item called the Medaglia is stored. After defeating a group of demons in the museum, Lucia invites Dante to follow her to the Dumary Island, where he is introduced to Matier, her mother. Matier explains that she once fought alongside Dante's father, Sparda, to defend the island against demons. She asks Dante to help fight Arius, an international businessman who uses demonic power and seeks to conquer the world. Dante flips a coin in answer, and decides to help when the coin lands on heads. After Dante leaves Matier and Lucia discuss the Arcana, the items required for Arius to raise Argosax, a wicked and powerful king who once ruled the Demon World.

Lucia eventually confronts Arius, who reveals that she was his creation. When Lucia moves to strike Arius, he uses his magic to blast her away. Shortly afterward, Dante meets up with Lucia, who gives him the last of the Arcana before leaving. Dante then encounters Matier and tries to pass the Arcana to her. Matier, in turn, asks Dante to take the Arcana to save Lucia, who has gone to fight Arius again. Dante flips the coin again to decide if he will help; it lands on heads, and he departs to aid Lucia. Meanwhile, Lucia enters the Uroboros tower and attacks Arius, who captures her. Dante arrives and trades the Arcana for Lucia, then attacks Arius. To escape, Arius forces Dante to decide between saving Lucia or killing him.

Lucia, worried about the ritual and conflicted about herself, wonders how they will stop Arius. Dante waves her off, stating he will find a way. Dante leaves Lucia to think as he departs to defeat Arius. Matier arrives a short time later, sets Lucia's mind at ease, and decides to rejoin the fight against Arius. Dante arrives to find Arius in the middle of his immortality-inducing ritual. Apparently not at all fazed by the completion of the ceremony, Dante stands confident. Another fight ensues, in which Dante finishes Arius off with his pistols. Outside, Lucia confronts Dante and demands that he kill her because she fears she will become a demon herself. Before the issue can be resolved, a large stream of energy strikes the tower and a portal to the demon world is opened. Dante and Lucia argue over who will enter and close it from the inside; Dante offers to leave the issue up to fate. He flips the coin and it once again lands on heads, leaving Dante to enter the portal to deal with Argosax after leaving the coin with Lucia.

After Dante departs, Arius returns to life bearing demonic power. While Lucia fights Arius, he finds himself injured and attempts to distract her, a tactic which fails; Lucia goes on to defeat him. Within the portal, Dante fights and defeats the partially summoned Argosax. Finding the portal closed, Dante instead drives further into the demon realm on a motorcycle. In the aftermath of the battle, Matier attempts to reassure Lucia about Dante's fate, insisting that Sparda returned from a similar trip. Lucia examines the coin Dante left with her and discovers that both sides are identical. In a post-credits scene, Lucia is in Dante's shop, as she remembers that Sparda once made it out of the demon realm. Outside the shop, the sound of a motorcycle echoes, and Lucia leaves to investigate. It is not shown if Dante has returned.

Despite the success of the original Devil May Cry, the sequel was not created by Hideki Kamiya or "Team Little Devils".[1][2] The first notice Kamiya's team was given about any sort of sequel occurred during localization of Devil May Cry in North America and Europe, a move which greatly surprised Kamiya. Since the game's release, Kamiya has expressed disappointment that he was not called on by his superiors at Capcom to direct Devil May Cry 2.[3]

Though initially an unidentified director was placed in charge of the project, Capcom was dissatisfied with their work and assigned Hideaki Itsuno to finish the game roughly halfway through development.[4] Itsuno is the only person credited as director in the final version of the game.[1] According to producer Tsuyoshi Tanaka, the thrust of the design was to make Devil May Cry 2 bigger than its predecessor; Tanaka estimated that the game's environments were approximately nine times as large as the first.[5] The emphasis on puzzles was also downplayed, with the camera system revamped to allow for better action scenes. Changes from the first game were influenced by surveys distributed by the development team, allowing them to patch any areas identified as weak by those surveyed.

The forced development of the game matured Dante's characterization,[6] his change to a more-taciturn character was the decision of a producer who disliked his previous incarnation. The staff aimed to make him look older than his original self (in his 30s), implying that something dramatic had happened to change his personality.[7] The staff still felt that Dante's stylishness remained true to the original character, despite his change in personality, because of his movements.[7] Daigo Ikeno was responsible for Dante's appearance; he attempted to make Dante more handsome. In retrospect, Ikeno was disappointed with the character's inaction in the game.[7] The addition of Lucia as a playable character was a response to player complaints that Trish was not playable in the first Devil May Cry.[8]

Due to the focus of Devil May Cry 2 on style, Capcom decided to partner with the Diesel clothing company, which has a history of working with game developers. Dante and Lucia were modeled with specially designed costumes featuring the Diesel brand name and were featured in promotional material in Diesel stores across Japan.[9][10]

Within the game, Dante has one unlockable costume with the Diesel brand name, while Lucia has two separate outfits. The Diesel logo is also featured in several screens during the game, and a special edition Devil May Cry 2 bullet featuring the Diesel name was planned for inclusion.[11]

Initially, Capcom was very reluctant to release an officially sanctioned soundtrack for Devil May Cry 2.[12] After a test period during which Capcom sought 1,000 pre-orders as a proof of demand, the Devil May Cry 2 soundtrack was released to the public on October 15, 2004, as a two-disc set, with Masato Kohda, Tetsuya Shibata and Satoshi Ise credited as producers.[13]

The game received mostly mixed to negative reviews, with significantly lower scores than its predecessor. Chief among the complaints was that the difficulty was lower than in the first game. The combat system was also criticized as being less refined, with individual weapons being weaker or stronger variants of the same weapon instead of different weapons with their own advantages and disadvantages, boss battles were criticized for requiring less strategy than the original and the environment was also considered less detailed than the environments of the first game, trading detail for open space.

Another major criticism was that Dante received a change in his personality which did not sit well with reviewers; his cockiness was considerably toned down, and he rarely spoke during the game. Furthermore, the addition of a second disc, and the overall idea of featuring the two protagonists on separate discs, was seen as a cheap way for the developers to increase replay value since Lucia's missions are simply recycled material from Dante's own missions, with only minor variations. 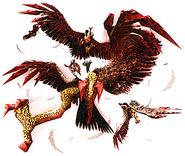 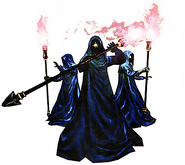 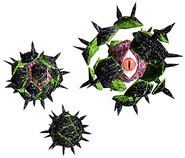 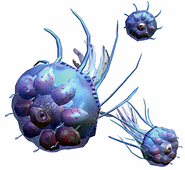 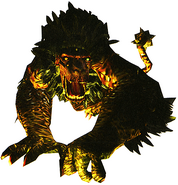 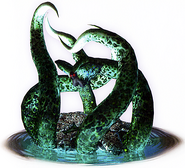 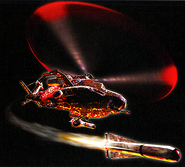 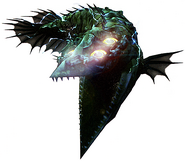 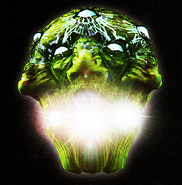 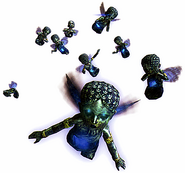 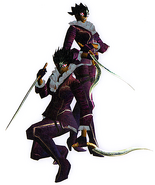 Secretaries
Add a photo to this gallery 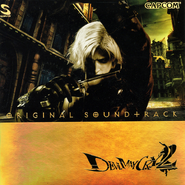 Japan Advertisement
Add a photo to this gallery