Destiny of an Emperor, known as Tenchi wo Kurau (天地を喰らう, "The Devouring of Heaven and Earth") in Japan, is a strategy role-playing game (RPG) developed and published by Capcom for the Nintendo Entertainment System.[1] It is Capcom's second installment in their game adoptions of Hiroshi Motomiya's manga series Tenchi wo Kurau, which is based on Luo Guanzhong's Romance of the Three Kingdoms dramatic novel. Destiny of an Emperor was released for the Famicom and the PC in Japan and in the United States in 1989 for the Nintendo Entertainment System. The game was also released for the Game Boy in Japan in 1994.

Departing from the beat 'em up gameplay of the first installment, Destiny of an Emperor is a traditional role-playing game. However, unlike virtually every other RPG released at the time or since, the non-boss battles of Destiny of an Emperor do not consist solely of encounters with generic units. While generic enemy units do appear in the game, most random battles are fought against one or more generals randomly selected from those roaming the lands the player's party is traveling through at the time. Additionally, most of these unique units can be recruited. After being defeated in battle, there is a random chance that the general will offer to join the party, usually under the condition that the player character pays him a bribe of either money or horses (which can be purchased at item shops). Once recruited, the general will no longer be encountered in random battles.

Because of this system, the game has an exceptionally large number of playable characters, 150 in all. However, many of these characters do not increase in power even when they accumulate experience points, making them useful only for a limited time. Also, the player may only have up to 70 characters in his party. After reaching this limit, the player can only recruit new characters if he ejects characters from his party to free up the slots. After being removed from the party, generals are again the player's enemies and can once more be encountered in random battles.

The player's active party consists of up to seven members, five of which can actively participate in combat at any single time, one who serves as a replacement for characters killed in combat, and one to serve as both a reinforcement member and party tactician. The tactician provides magic-like effects, which all members involved in combat are able to use.

In addition to standard attack and tactics options available in most games of the type, there is an option called "All-Out". When chosen, the computer AI takes control of the battle, which proceeds at an extremely fast rate. This is solely a way of speeding up the easier battles and has no tactical advantage, as the player is unable to coordinate attacks or employ tactics, while the AI-controlled enemy can.

Liu Bei, Zhang Fei, and Guan Yu form a small militia to defend their village from Yellow Turban rebels, followers of the sorcerer Zhang Jiao. Liu Bei gathers peasants and farmers from nearby villages and camps, eventually defeating Zhang Jiao and his people. Tao Qian, the governor of Xu Province, falls ill and requests that Liu Bei assume his position. Liu Bei hesitantly agrees, thus beginning the events depicted in the novel, albeit with significant alterations. Upon successfully completing the game, the player successfully unites China under the Shu Han banner.

Although the game loosely follows the events portrayed in Romance of the Three Kingdoms, in many cases, the outcome is altered in Liu Bei's favour against the various other warlords of the period. Most of the deviations occur later in the game, particularly involving the invasions of the other ruling powers, the Kingdom of Sun Wu and the Kingdom of Cao Wei.

The branching storyline allows the player the option of choosing alternate paths, which generally do not affect the plot in any significant manner.

Destiny of an Emperor is based on Hiroshi Motomiya's manga, Tenchi wo Kurau, which follows the story of popular Chinese historical figure Liu Bei and his sworn brothers, Zhang Fei and Guan Yu. This story is loosely based upon the events of Luo Guanzhong's dramatic novel Romance of the Three Kingdoms, itself based on historical events and battles which occurred during the Three Kingdoms period of ancient China.

Although the game loosely follows the events portrayed in Romance of the Three Kingdoms, in many cases, the outcome is altered in Liu Bei's favor against the various other warlords of the period. Most of the deviations occur later in the game, particularly involving the invasions of the other ruling powers, the Kingdom of Sun Wu and the Kingdom of Cao Wei. 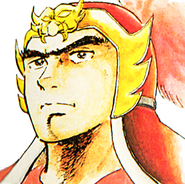 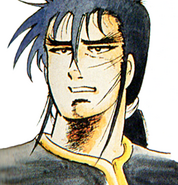 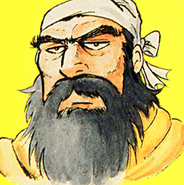 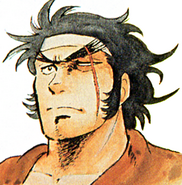 Zhang Fei
Add a photo to this gallery

Retrieved from "https://capcom.fandom.com/wiki/Destiny_of_an_Emperor?oldid=137616"
Community content is available under CC-BY-SA unless otherwise noted.