Back to page
Edit

When Demitri recovered 80% of his powers, he was able to temporarily create an aura around him that would protect him from sunlight. Demitri had conquered both night and day and had no weaknesses. There were no means for humans to defeat him. After 100 years of humiliation for his loss, he had gained much. He acquired various new abilities and knowledge. The Prince of Darkness steadily readied himself to take over Makai once again. The presence of an alien life form on Earth was an unexpected event for Demitri. Demitri seized this opportunity to further gain strength and fought against Pyron and consumed the alien life form. He was confident that he was strong enough to challenge and defeat the ruler of Makai, Belial. When he returned to Makai, he found out that Belial had died and his daughter, Morrigan had taken heir to the Aensland family and the ruler of Makai. As Demitri prepared himself to challenge Morrigan, he and his castle were sucked into the Majigen by Jedah. Believing that defeating Jedah was an important step, he went off to fight him. 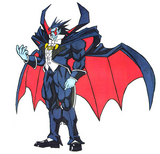 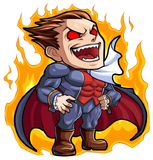 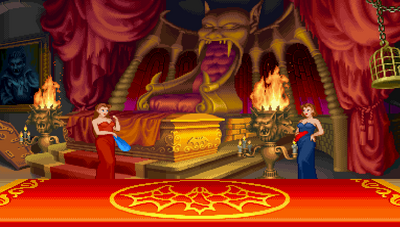