Dee (ディー) is a character from the Darkstalkers series of fighting games. He is essentially Donovan having succumbed to the dark part of his soul, with more powerful moves and a new projectile attack. Dee first appeared in Vampire: Darkstalkers Collection, as a new secret character in the "arranged version" of Vampire Savior.

Design-wise, he appears as Donovan's head (from Night Warriors) put onto Demitri's body, with his sword Dhylec floating behind. Dee is the true, present day Donovan, somewhat corrupted and a "what if" character if his Vampire Hunter ending was canon.

In said ending, Donovan finally loses his humanity as he sacrifices himself somewhat in order to protect Anita as well as awaken her emotions again. Although Donovan is victorious, he succumbed to the dark part of his soul too much in order to do so. This tragic turn of events causes Anita to cry, and is symbolic in showing that Anita is finally whole again. Years later, a grown Anita wonders what became of Donovan, and she hopes he is okay. Donovan himself is seen sitting on a throne, beside many bodies. He is fighting a neverending struggle with himself as he yearns for inner peace.

In Dee's ending, he confronts Anita, who shows her true form and he begins to fight an aged Anita. The outcome of this fight is not shown, but during the credits various pictures are shown of an aged Anita visiting a grave. It is assumed that the grave is Donovan's, and that she won the fight and he was destroyed.

Dee - Midnight Bliss Form
Add a photo to this gallery

Dee Sketch 4
Add a photo to this gallery 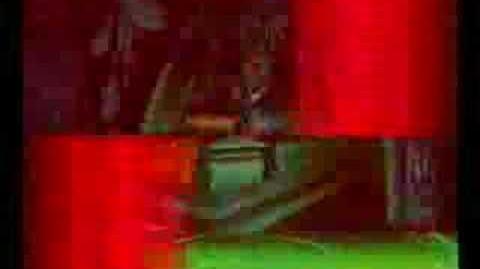