Dead Rising 4 is the newest main installment of Capcom's Dead Rising series of survival horror action adventure games. First announced at Microsoft's E3 2016 press conference on June 13th, 2016, the game is developed by Capcom Vancouver and published by Microsoft Studios for PC and Xbox One.

Dead Rising 4 features the return of Frank West, the protagonist of the original game, and is set in a christmas themed Willamette, Colorado. The game was released worldwide on December 6, 2016. A port for PlayStation 4, titled Dead Rising 4:Frank's Big Package, was released.

As with the other games in the series, the game features an open world setting. Unlike its predecessors, the game does not feature a timer system or story co-op gameplay.

Set one year after the events of Dead Rising 3 and 16 years after the original game, the player reassumes the role of photojournalist Frank West, who has returned to Willamette, Colorado during the Christmas season, which has been overwhelmed by another zombie outbreak.

In January 2016, Capcom Vancouver announced that it was working on two new open world projects. The game was announced at the 2016 Microsoft E3 conference with a trailer and 12 minutes of gameplay.

Terence J. Rotolo did not return to voice Frank West, Dead Rising asset manager Trant Lee-Aimes stated that "[they] wanted to work with someone to provide a more grizzled, older take on Frank at this stage." This change proved controversial among some fans, leading them to petition the developer to restore Rotolo as West.

Layoffs at Capcom Vancouver have affected multiple projects, including a new Dead Rising project the studio has been working on, lessening the scope on the project that had reportedly become unwieldy.[1] 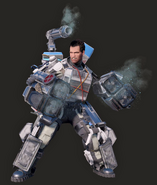 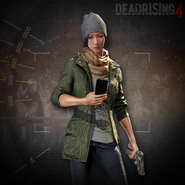 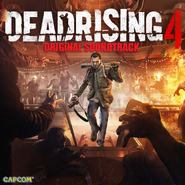