Dead Rising 3 is a 2013 survival horror game developed by Capcom Vancouver. It launched with the Xbox One console. A PC version was also confirmed. It is the third main game in the series.

Dead Rising 3 can be saved from anywhere, and there is no time limit unless the player chooses Nightmare mode.

Unlike the previous Dead Rising games, Dead Rising 3 is the first game in the series to not take place in a mall. It instead takes place in fictional city called Los Perdidos, California.

Dead Rising 3 takes place ten years after the events of the Fortune City outbreak. The story follows a young mechanic named Nick Ramos and his attempt to survive a massive zombie outbreak in the fictional city of Los Perdidos, California.

The game begins three days after the initial outbreak. Nick had been heading towards a quarantine area to search for supplies, but had quickly left after the zombies attacked. Nick makes his way back to a diner afterwards where he meets Annie, a young infected survivor. After the zombies break into the diner and two more people are killed, Annie runs back to her own group of survivors. After seeing on television that the government is going to bomb the city in 6 days, they drive to a military checkpoint, only to find everyone there is dead. Nick and his friends are ambushed by Diego, one of Nick's old friends. Once Diego realizes it's Nick, he stops firing and apologizes. He tells the group about a plane at the old museum that could be fixed up and used to escape the city. After Nick is bitten by a zombie in the hand, he heads to a crematorium to search for Zombrex. After meeting a man there named Gary, Gary notices that Nick's wound has healed. Somehow, Nick is immune to the virus.

Gary leads Nick back to his boss, a man named Red, the leader of an illegal group. Nick is surprised to find Annie there, too. Red tells Nick that the government is not evacuating survivors, as previously believed, but is killing them instead. Nick decides to help destroy military supplies, and in return, the group offer to get him fuel for the plane. Nick begins to develop romantic feelings for Annie, while attempting to recover evidence of the military's wrongdoing stored in a flashdrive. After they retrieve the flashdrive, all of the survivors except for Nick and Red are kidnapped by the military. Nick and Red infiltrate an encampment, where it is discovered that government officials General Hemlock and Marian Mallon were behind the outbreak. The two proceed to murder the president with a zombie worm and broadcast her eating a corpse on live television. Nick frees Annie, Gary and the other illegals. Red shows Nick a government flyer offering 5 million dollars to whoever captures people with certain numbers tattooed on their neck; something that Nick and Diego both have. Nick plays dumb, and Red tells him where to find fuel for the plane.

Nick returns with the fuel only to find out that Diego has fled. Nick goes after him and is forced to fight him. After getting Diego to come to his senses, Nick learns about Carlito and Isabela Keyes, the two terrorists behind the first American outbreak. After an ambush by the military, Nick awakens in a room, chained to a chair surrounded by soldiers, next to Diego. Diego is hit by a laser beam and hundreds of parasitic bees and worms swarm out of his body as a result, killing him. During the confusion, Nick escapes and meets Isabela Keyes, who tells him that, because of his immunity, it is impossible for his fate to be like Diego's. After run-ins with Marian Mallon and a crazed Gary, he escapes and learns of his origins as an orphan. When U.S. soldiers were stationed in Santa Cabeza, Mexico, they mated with the women in town. After the parasitic bees were discovered, they got loose, killing the population of Santa Cabeza and turning them all into zombies. The government then destroyed the town to cover up the truth. Angered, Carlito deemed it fitting to send the offspring spawned from the military back to the country which sent them. However, Carlito made one of the orphans, number 12, immune to the infection. After Red calls for Nick's help, he turns on him instead. Red has unfortunately discovered Nick's secret, and wants the reward. Infuriated, Nick vows to kill him and the ensuing fight ends in Red's demise.

Shortly after, Chuck Greene arrives in a car, revealing that Annie is really his daughter Katey, and that Gary was working for him. Isabela explains to Chuck that they must get Nick to a safe place in order to create the cure, and they head to the plane. As Nick is about to take off, he overhears on the radio that General Hemlock is planning to create a super weapon with the zombies, which will destroy the population but leave the infrastructure, making him extremely powerful. Nick and Chuck team up to stop Hemlock's plan. After Hemlock kills Mallon in anger, he proceeds to go forth with the extraction of king zombies from the city. Nick and Chuck stop UAVs from extracting them before Nick has a long battle with the general. When Hemlock is weakened, Nick reveals to him that he is the cure to the zombie disease and kicks him into spinning helicopter blades. After his death, Nick and the rest escape the city and eventually create and distribute a cure to the zombie infection.

It is revealed during "Ending S" that Isabela worked with Marian Mallon to purposely start the outbreak in Los Perdidos. She intended to hunt down Nick to create a cure, and use this as an opportunity to clear her family's name. After the deaths of both Marian and Hemlock, Isabela destroys the video footage containing the conversation between Isabela and Marian revealing the former's plan and leaves the laboratory. 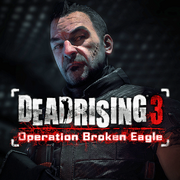 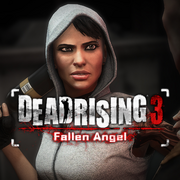 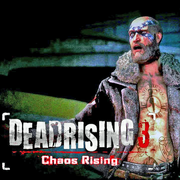 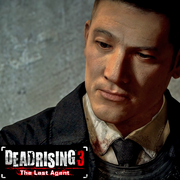 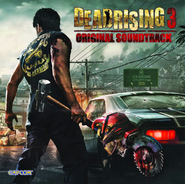 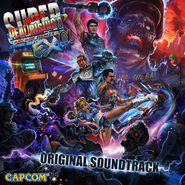