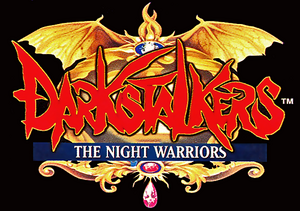 Darkstalkers: The Night Warriors is a gothic horror themed 2D fighting game developed and released by Capcom in 1994 for the arcades. The first game in the Darkstalkers series, it features ten playable characters and two non-playable boss characters, all of which are based on well-known mythological monsters. The game became a revolutionary success in the gaming community, for its graphics, its dark fantasy settning, the colorful character sprites and many other achievements. Darkstalkers: The Night Warriors was very successful in Japan but while the game was well received overseas, it did not achieve the same level of popularity as Street Fighter II, gaining a cult status instead.

The game was ported to the Sony PlayStation. Character art and illustrations were done by Bengus.

The game uses the gameplay system Capcom developed for the Street Fighter II series, but with several new gameplay features such as Air Blocking, Crouch Walking and Chain Combos. The game featured a Special meter similar to the Super Combo gauge from Super Street Fighter II Turbo, which the player could fill up to perform either a unique "combo"-type move much like the previous Super Turbo (called "ES" in the Darkstalkers series), or a powered-up version of one of their specials (called "EX", and a concept which would appear in later Darkstalkers games as well as Street Fighter III). Unlike the Super Combo gauge in Super Turbo, the Special in Darkstalkers gradually drains unless the player performs their super move, preventing players from preserving their super moves for later use.

Darkstalkers: The Night Warriors originally began development when Capcom decided to make another fighting game using their succesful Street Fighter II engine.[1] There are two conflicting accounts regarding the game's origins; According to producer Alex Jimenez, the initial idea was for the title to be a Universal Monsters game, as he was a big fan of the monsters, but Universal refused to license the characters out, prompting Jimenez to create their own original characters. Jimenez claims he did it in about an hour.[1]

According to art director Akira Yasuda however, a colleague of his named Akitomo was the one who came up with the idea of a monster fighting game,[2] and it was given form by planner Junichi Ohno (who Yasuda had worked together with on Captain Commando).[2] At the time, Yasuda and several team members were working on a unreleated side-scroller game based on a manga, but the content itself didn't follow the manga at all and when Yasuda realized the side-scroller wouldn't succeed he canceled the game. As a result, the entire team was reassigned for the Darkstalkers project.[2] Yasuda had them keep his name out of the ending credits in the game.[2]

Capcom planner Haruo Murata, who was one of the members responsible for designing the characters and the world, joined the development team at the request of Noritaka Funamizu,[2] by the time he joined, the game's system was pretty much finished.[2] Each designer was assigned a character or characters for which they would create a personality and story. The background designs were also left up to each designer's discretion. Murata was the first person tasked with bringing all of the separately designed elements together to see how they fit in the big picture.[2]

The development of The Night Warriors was during the relatively early time when most fighting games relied on stereotypes for character concepts and the character visuals had minimal varations; feeling that no one was really curious about the characters beyond what they saw on the screen, one of the first things Murata did was to add individuality, memorable traits, and several unique concepts to characters that were being "cranked out" by the designers.[2]

At first the Japanese development team didn't think much about the characters' backstory or the 'Demon World' of Darkstalkers, it was the overseas staff who started suggesting several ideas for them.[2] Some of the character names were also influenced by ideas sent from the overseas staff.[2] Murata felt the team made the right choice with regards to the endings' tone; since the game consist of uniquely scary and mostly serious demon characters, the team didn't restrict to happy endings.[2] Murata notes how some of the endings are dark or depressing, where the player is made to feel like the character cannot escape their tragic fate; he feels that made the game more interesting compared to other fighting games at the time.[2]

According to composer Hideki Okugawa, the team's main plan was to create a BGM that suited each character's "vibe", it was important that the music reflected their personalities. Okugawa notes that if he made the music "all gloomy and ominous" just because the fighters are all monsters, the game would have felt too heavy overall. He tried instead to incorporate a varity of music styles to suit the silly personalities sometimes seen in the characters.[2]

The main concept behind the overall sound effects were things one expects at haunted house attractions, Halloween parties, and other entertainment-related occult concepts. Takeshi Kitamura, who did the sound effects, wanted to provide a fun "amusement park" atmosphere.[2] Kitamura states that the sound effects for attacks was challenging; unlike a typical fighting game where its only "human vs. human", The Night Warriors had a varity of attacks outside of the usual punching and kicking, so new sound effects were needed when decidedly inhuman body parts hit a target. Kitamura was sent back to the proverbial drawing board many times because of this diffuculty.[2]

The team spent days scouring animes and TV shows for voice actors who would match the character concepts. For final selections, they would get samples from the voice actors, gather votes from team members and then have multiple meetings to discuss their options before making their decision.[2] During voice recording, the team had more than one occasion where everyone "broke down in tears" because a voice actor's performance was "just that powerful".[2]

Darkstalkers (Vampire) was originally released in the Japanese arcades on June 30, 1994.

The original arcade release saw several changes between regions. The original Japanese game, titled Vampire: The Night Warriors was changed outside of Japan to Darkstalkers: The Night Warriors. Several characters names were also changed; Aulbath, Gallon, Phobos, Zabel Zarock had their names changed to Rikuo, Jon Talbain, Huitzil and Lord Raptor respectively. The original Japanese version had several win quotes for each character as well as a border around the win quotes. Versions of the game outside of Japan only featured one win quote for each character and were left without borders.

Darkstalkers: The Night Warriors was ported to PlayStation in 1996. Capcom entrusted the PlayStation conversion of the game to Psygnosis due to the former's inexperience with the PlayStation hardware.[3] The PlayStation version was initially planned for an April 1995 release but experienced a protracted development cycle, ultimately not being released until well after the sequel had arrived on the Sega Saturn.[3]

The Japanese version of the PS port features a new opening theme, "Trouble Man" as well as a new ending song "The Rain", both by Eikichi Yazawa. The former was later used as the ending theme for the Night Warriors: Darkstalkers' Revenge OVA but doesn't appear in the English ports of the game. The game features an Arcade Mode, a 2P Versus mode and an Option mode. The only thing the PlayStation version lack is saving users files such as high scores.

A cancelled Sega 32X version was planned at one point.[4]

The game was generally very well received. VideoGames gave it a score of 9/10 in 1994.[6] The magazine also named the arcade version of Darkstalkers as the second best game of 1994 in the categories "Game of the Year" and "Best Fighting Game".[7] GamePro gave it a positive review, saying that though it is similar to Street Fighter II, Darkstalkers is highly appealing due to its broad variety of characters, its anime-style art, and the ability to block in midair.[8]

Reviewing the PlayStation version in GamePro, Scary Larry remarked that the gameplay lacks depth and is too easily mastered, however the game is nonetheless fun, and the graphics are highly attractive. He concluded: "A good concept, strengthened by great graphics and good gameplay, is what makes Darkstalkers one of the better fighting games on the PlayStation. Not as deep as Street Fighter Alpha, but just as fun, Darkstalkers is a welcome addition to the PlayStation library."[9] Yasuhiro Hunter of Maximum, in contrast, argued that Darkstalkers is one of the deepest and most difficult to master fighting games. However, he felt that given the exceptionally long development cycle, the PlayStation conversion was a major disappointment, with half the animation frames of the arcade version missing and bouts of pronounced slowdown.[10] A reviewer for Next Generation magazine said that Darkstalkers "could arguably be the height of development for 2D fighters", but that it is ultimately just another game in the 2D Street Fighter vein and "with the new technology showcasing games like VF2, Tekken, and Toshinden, it just can't compete."[11] IGN similarly commented that "unfortunately, "Dark Stalkers" pales in comparison to the bigger 3D monsters that have been released for the Play[S]tation, namely Tekken and Toshinden. But as far as 2D fighters go, Dark Stalkers is still one of the best."[12]

In 2007, CraveOnline users ranked Darkstalkers as the ninth top 2D fighter of all time, with the staff calling it "a Capcom title that was essential in the further development of Capcom's 2-D fighter dominance" and "a surprise hit that paved the way for many great games after it."[13] In 2013, Eurogamer's Matt Edwards stated Darkstalkers "has remained something of a cult favourite thanks to its unique style and technical innovations."[14] 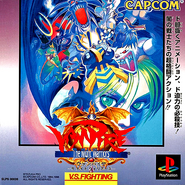 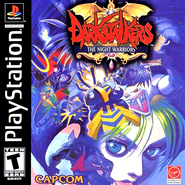 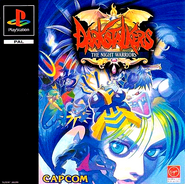 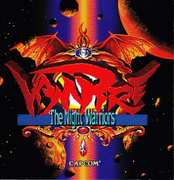 Manhua Vol. 9
Add a photo to this gallery