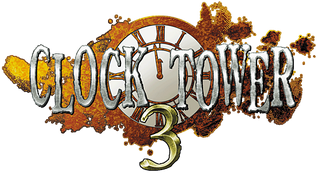 Players assume the role of Alyssa Hamilton, a schoolgirl approaching her 15th birthday, on her quest to find her mother and save herself from Dark Man. Progress through the game entails finding items to unlock new areas, fleeing and hiding from Subordinates (the boss characters) and eventually defeating each Subordinate in battle.

Innocents slain by the subordinates haunt each stage and will attack Alyssa if she approaches them, sending her into panic. In order to pacify these spirits, an item of sentimental value must be found and returned to the spirit's corpse, which always lays near the area being haunted.

After each scenario, Alyssa must confront the subordinate who has been stalking her. At this point, her holy water bottle transforms into a longbow, allowing her to fight back. Each battle is confined to a single area, and the player must defeat the subordinate in order to progress. The health of both Alyssa and the subordinate is measured by two life bars which appear on-screen. Alyssa must dodge or duck attacks whilst firing arrows at her attacker. In order to inflict considerable damage, shots must be powered-up. These shots tether the subordinate to the ground. Whilst powering-up the shot, Alyssa must stand still and cannot adjust her aim, leaving her vulnerable to attacks and making it possible for her enemy to move out of her line of sight. If the boss is transfixed with multiple powered-up shots, Alyssa performs a highly damaging attack with her next shot, killing or severely wounding the subordinate.

After receiving a strange letter from her mother encouraging her to hide until her fifteenth birthday passes, Alyssa instead returns home from boarding school. When she arrives, her mother is gone and only one of the lodgers is in residence, a wayward stranger known as Dark Man.

In Alyssa's concern for her mother, she decides to check her parent's room to find not a clue; however, almost randomly a piano starts to play wildly. Alyssa becomes terrified to such a point that she runs out of the bedroom only to be transported to London during World War II.

After evading the bombing, Alyssa continues to a tailor shop where she sees a grisly murder of a little girl being killed by a man wielding a sledgehammer, who then stalks Alyssa in an attempt to kill her. 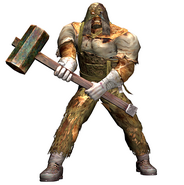 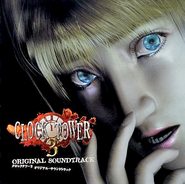