The game is mostly known for introducing the fictional currency Zenny, which was later used in many Capcom games.

A barbarian hero jumps and fights his way through a variety of colorful, enemy-packed levels. The game is considered a spiritual successor to Ghosts 'n Goblins; Red Arremer even appears as an enemy, and the player character loses his armor before dying in much the same way as Arthur.

The sprawling, eight-way scrolling levels are packed with hidden bonuses to encourage and reward exploration. Most of these bonuses are in the form of coins called "Zenny", which is the game's main currency. Upon saving petrified wisemen, they may put up a shop that allows the player to purchase stronger flails, more resistant armor, keys for treasure chests, and status-healing potions. Special items that reveal coins, upgraded armor, or simply bonus points may be found by destroying secret walls. 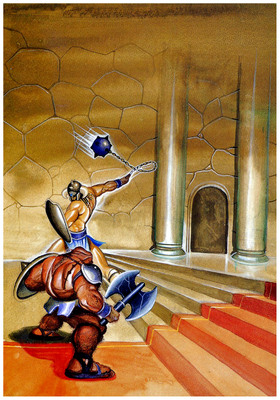 The Japanese version has a few changes that makes it more challenging than its American counterpart. Several of the "falling rock" obstacles were added in this version. Additionally, the prices of many items are higher. But perhaps the biggest difference is related to fighting the later bosses (the 3 dragons and the dual sword wielding foes at the end of stages 5 and 7). In the American version, it is possible to duck and avoid taking damage when any of these bosses touch the player's character, as long as one of their projectiles don't hit him. In the Japanese version, the player is not able to do this.

Long ago, three dragons descended from the thunderous skies and destroyed a kingdom, burying it into darkness. However, from the lengthy era of darkness and suffering came one brave fighter. His name is Black Tiger, and he seeks to regain light and peace to the kingdom. 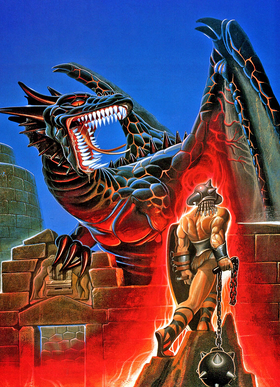 Additionally, Black Tiger, like many other games during this era of gaming, credited its staff in its default Score Ranking Table, which is as follows: 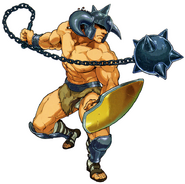 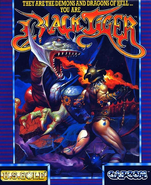 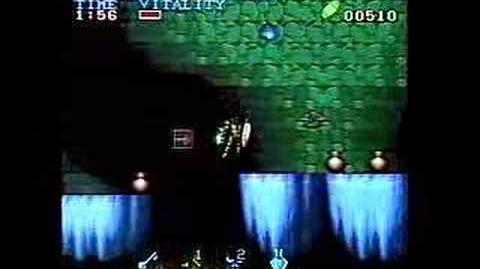