The 194X series are a group of vertically scrolling shoot 'em up games based on actual events which occurred during World War II. The first three games were extremely popular and have been included on several compilation titles, such as the first volume of Capcom Generations and later on Capcom Classics Collection.

Games in the series[edit | edit source] 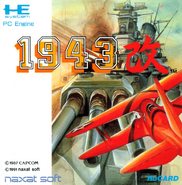 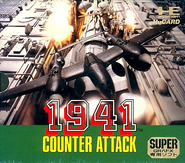 1942: Joint Strike
Add a photo to this gallery